Today (09-Nov-2019) at Codoid, our automation testing experts have organized an internal workshop event to explore Selenium 4 salient features. R&D workshops of this kind is conducted every month and we named today’s workshop as ‘Hopper Day’.

At the end of ‘Hopper Day’ event, we will publish our findings in the form of a blog article which will immensely benefit the Software Testing Community.

Why we named it as ‘Hopper day’?

Grace Hopper was an American computer scientist. She was a pioneer of computer programming and created a compiler which converted English terms into machine code understood by computers. Without her contributions to the computing world, modern programming wouldn’t have been in existence. Her contribution is an infinite source of motivation for today’s tech community. In all these R&D workshops, as a leading automation testing company we aspire to contribute our ideas, findings, and innovations to the Software Testing Community. 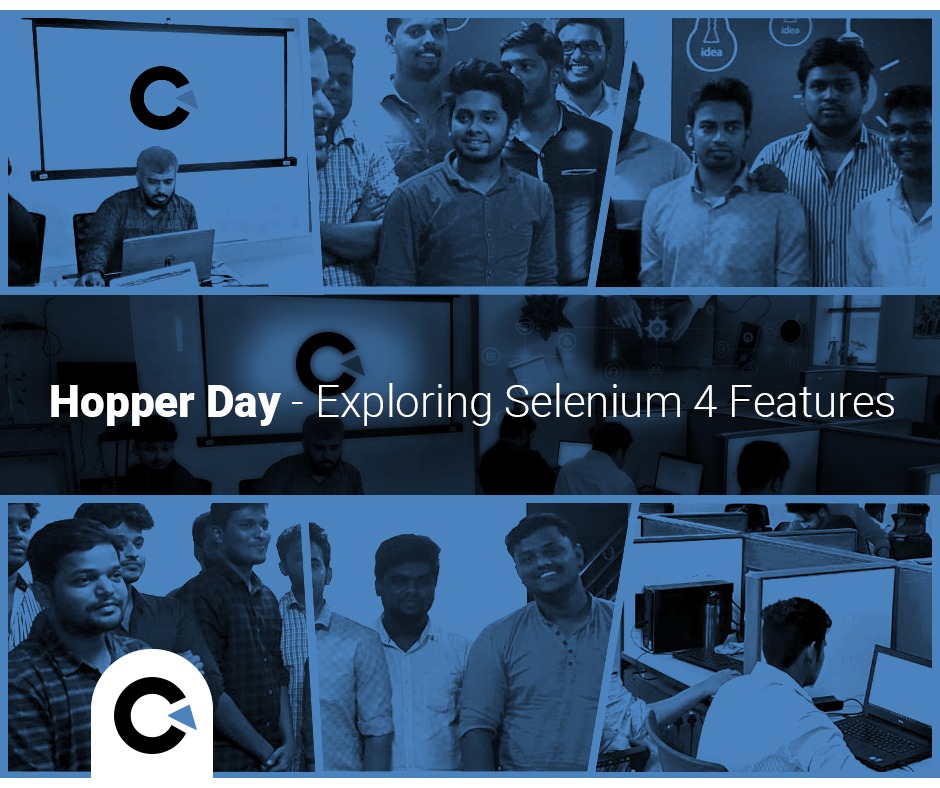 In today’s Hopper Day event, we have explored the upcoming Selenium 4 features.

If you have ChromeCast, then you can mirror your Chrome Tab to another device using Local or Remote WebDriver.

When you start Selenium Grid node, you no need to pass driver configuration variables as shown below.

In Selenium 4, you can download and save the required driver files inside the folder where you have saved Selenium Server.jar. The node initiating command will pick up the appropriate driver using –detect-drivers argument.