The highly fragmented and ultra-competitive market for mobile applications offers significant business opportunities for idea generators, developers, and testers alike. Consequently, the QA testing cycle designed by mobile testing services engineers is undergoing compression in terms of timelines. Efficiency has emerged as the cornerstone of mobile app testing services, and this metric has the ability to enable developers and testers of mobile apps to meet customer expectations. Non-functional testing such as security and usability testing play an important role in ensuring the success of contemporary mobile apps. 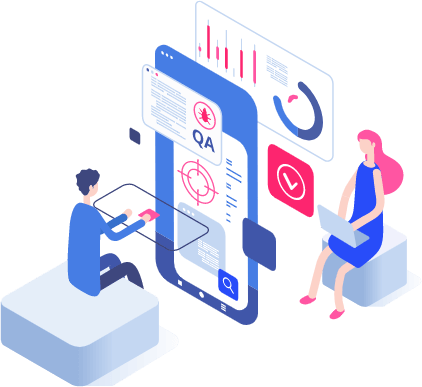 This form of software testing can be run frequently, since it enables mobile testing services engineers to focus on exploratory, security, or usability testing. The benefits of mobile app automation testing extends to fewer errors in testing schedules, the ability to schedule testing in the absence of human talent, faster test execution, and more. Further, mobile app testing services can save time and money when they opt for this form of mobile app testing. The preparation for such testing includes monetary investments to buy licenses for automated testing tools, writing scripts, and setting up an appropriate test environment. Experts in the realm of test automation corroborate that this form of testing reaps rich rewards given constrained timelines imposed on mobile testing services.

Test in the Cloud

Cloud computing excels in providing test environments for mobile testing services. The cloud offers effective fits for all types of testing enterprises ranging from start-ups to legacy businesses. Companies that invest in cloud-based mobile app testing can automate tests on hundreds of digital devices, each running on a different platform. Additionally, cloud-based mobile app testing allows developers and testers around the world to communicate and connect to mobile devices via the Internet. Cloud technology also offers testers seamless access to a range of devices with different OS platforms, versions, network carriers, and others. Also, simulators and emulators available in the cloud empower testers to perform actions such as swiping, double-tapping, zoom, scrolling, rotate inside a virtual app. Further, such forms of mobile app testing services allow faster detection of performance issues inside mobile applications.

It is critical for mobile app testing teams to attain and sustain higher levels of efficiency, thereby presenting a definitive ROI for clients and customers. Refining and extending such testing paradigms can help bring a larger number of highly functional mobile apps to the market. We are amongst the leaders in the realm of mobile app testing and a very large gamut of testing services. Connect with us to gain all the advantages from our experts.